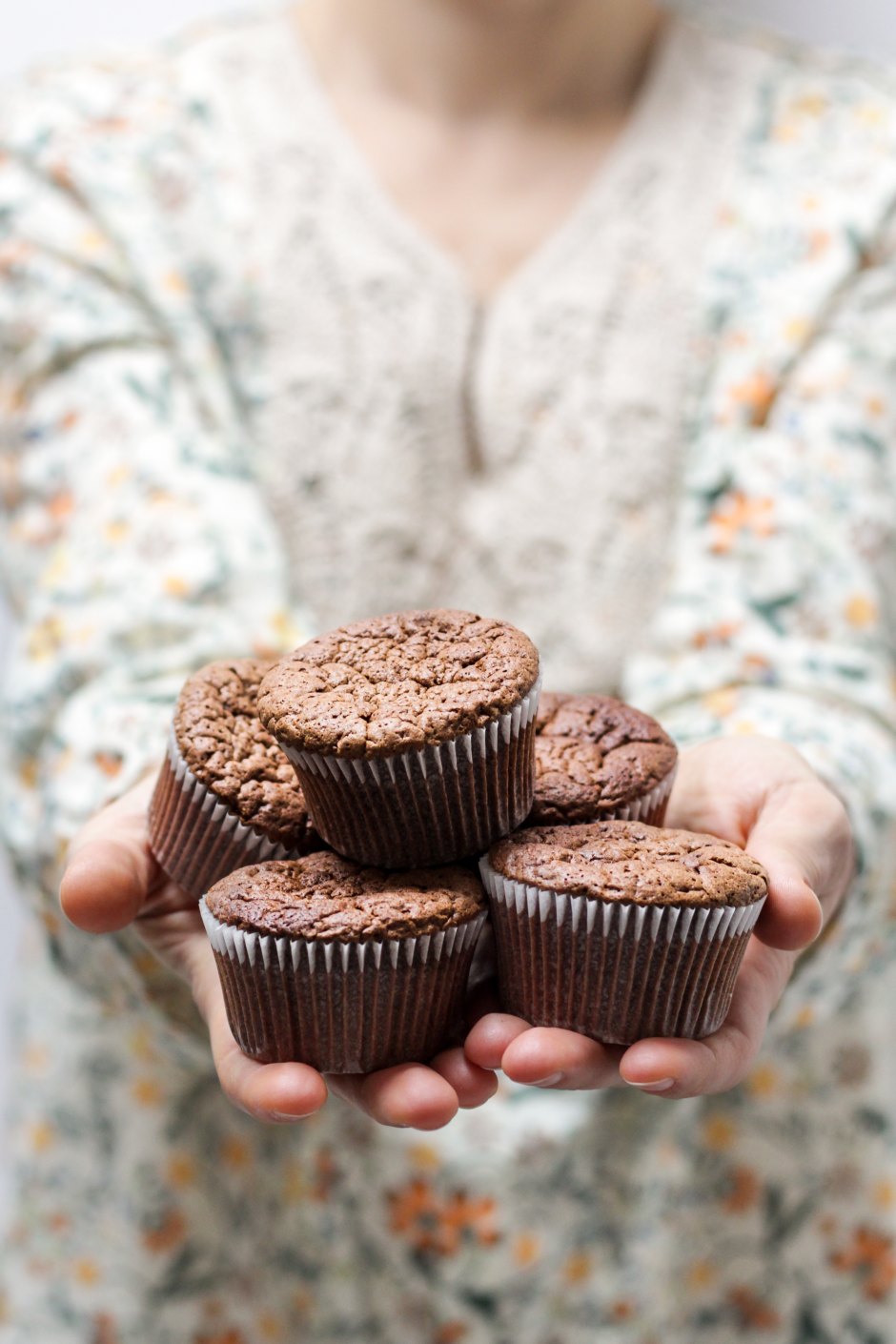 No Butter? No Problem!

I tried a recipe promising yummy muffins replacing the fat in a muffin recipe with avocado. The result was a little strange. So I decided to use my go to muffin recipe and make my own avocado muffin experiment. 4 mini muffins later, I decided that my second attempt was quite successful. 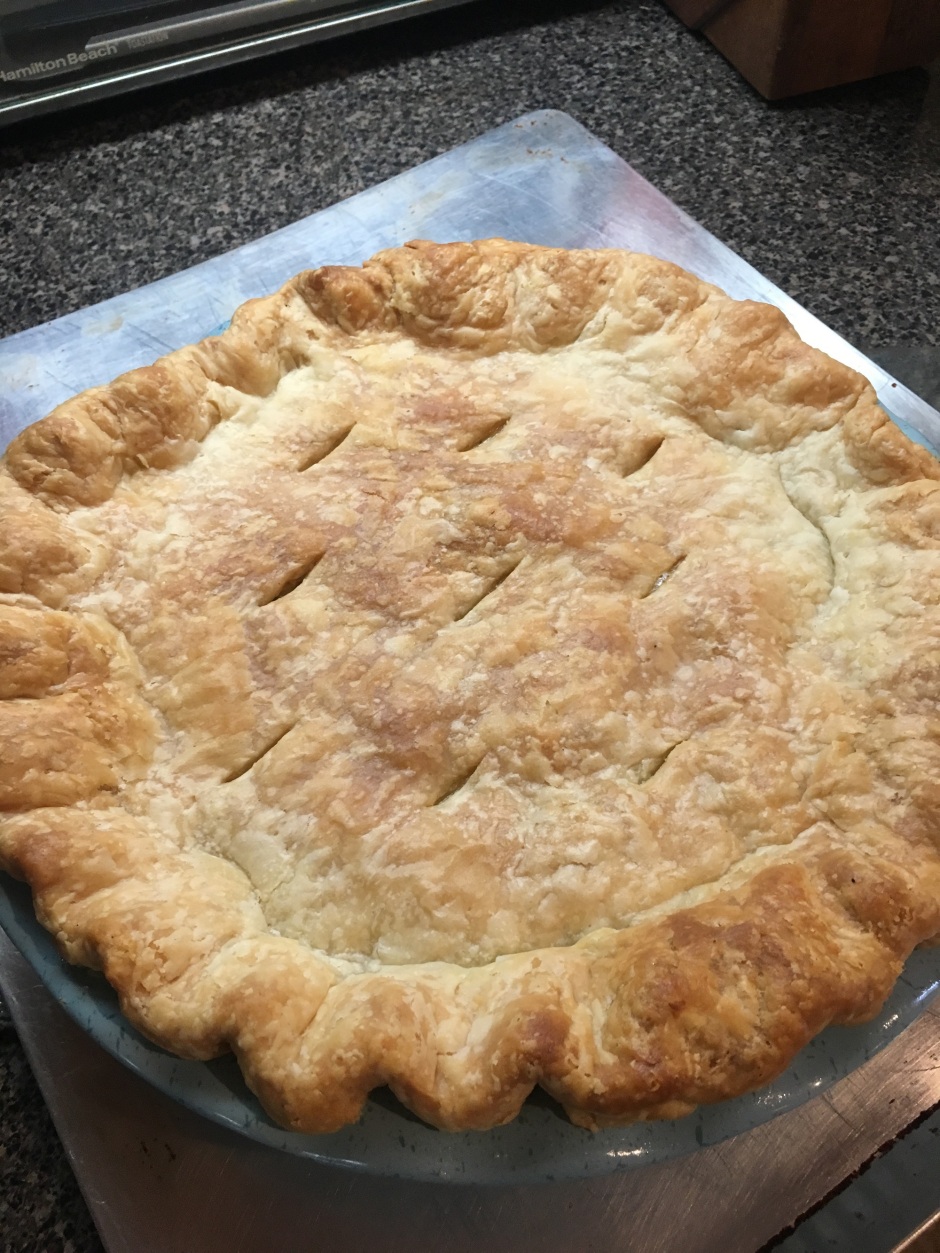 I have always been terrible at making pie crusts. I usually end up with a very ugly, dry, but holding the contents of my pie together. This past Thanksgiving I even bought pie crust and ended up with a mess.

My grandma loves chicken pot pies so I set out on a mission this week to conquer my nemesis. I’ll admit, I didn’t have great expectations.

The dreaded pie crust… I don’t know if it was my newfound recipe or God feeling bad for me, but here are my tips.

I decided to go with pre-cooked rotisserie chicken for my filling to make life a bit simpler.

If you are still reading – IT WORKED! I made pie crust and a delicious pot pie. I am so proud and everyone loved it. I will definitely make this again, but we will see if I am brave enough to tackle my pie love – French Silk Pie. 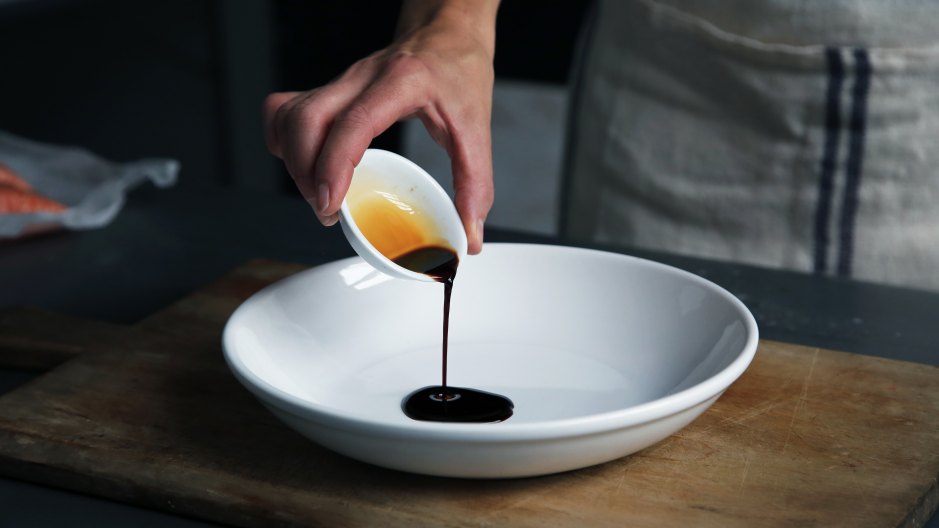 When Takeout Isn’t an Option

I love Chinese takeout, but there isn’t a great option near me. So, I make my own! Or as best as this American with a Scandinavian heritage can muster. I prefer Jasmine rice for the base of my dishes and here is a secret – add extra water. To achiever fluffier rice I add around 1/2 cup extra water or 1 part rice to 2 parts water. The next key is that when the rice is still wet, but just starts to stick to the bottom of the pan TURN OFF THE HEAT and put on the lid. This allows the rice to absorb the extra water without half of your rice sticking to the bottom of the pan. Give it a fluff after 5-10 minutes and you will have achieved fluffy rice.

Mongolian beef is one of my favorite dishes, but making it at home takes some time. Last night I opted for Korean Beef that utilized ground beef vs steak slices. It was easy, fast and delicious. 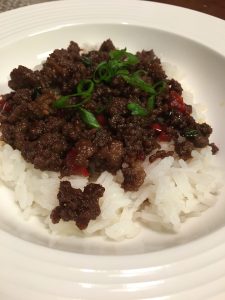 Tonight I still had Asian cuisine on the brain so we went for a honey garlic chicken with roasted broccoli over rice. I prefer roasted vegetables, so I start by chopping my head of broccoli into bite size pieces and toss them in olive oil, salt and pepper. I place the broccoli on a rimmed baking sheet and set it aside while I work on my chicken. Before we dive in on the steps, here is what you need. 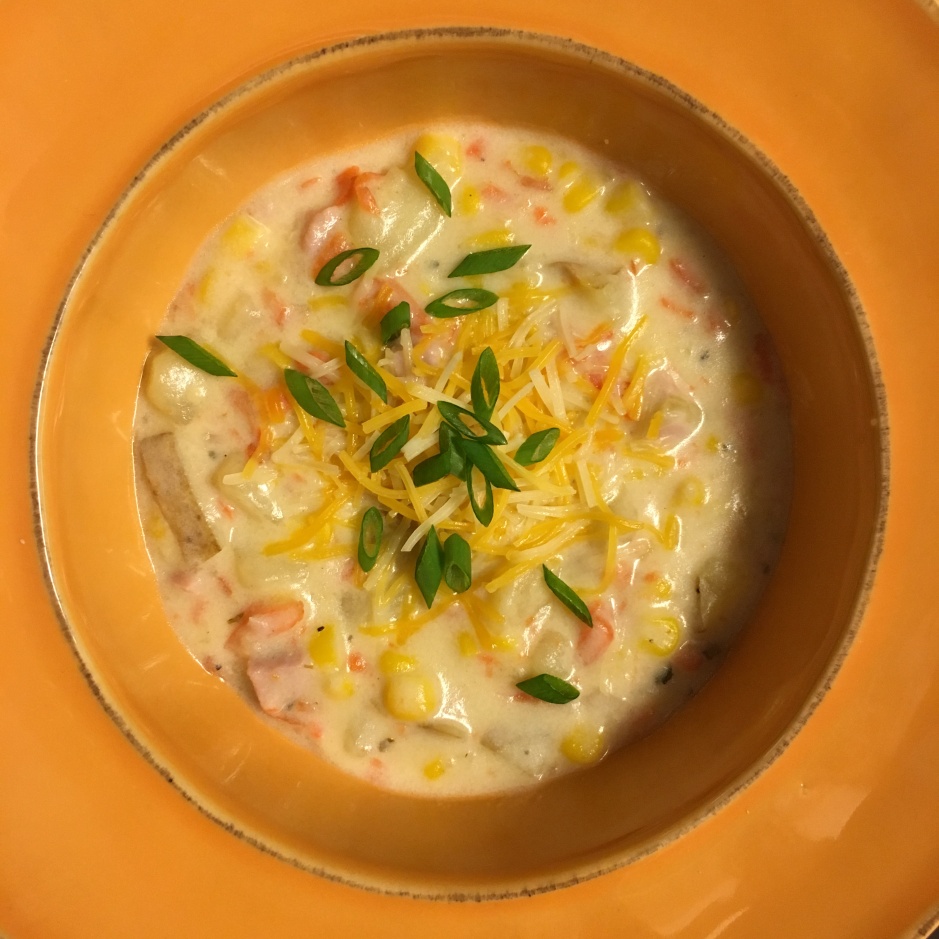 Earlier this week I posted a video on Instagram (@lifeinreview) of me prepping veggies for a variety of meals. So far we’ve had tortilla soup and corn chowder, yum! I’ll be honest I completely winged the tortilla soup. I used shredded carrots and diced onions and celery as the base for both soups. I still had leftover pork shoulder from last week’s slow cooker meal prep recipe so I used that instead of chicken. I also used a seasoning pouch that I had from Frontera. The great thing about soups is their flexibility.

One of my favorite tortilla soup recipes is by the lovely Pioneer Woman. You can check it out here: https://thepioneerwoman.com/cooking/chicken-tortilla-soup/

Ok, onto the corn chowder! I love the Simple Truth line of products at Kroger. Not all are organic, but they all are natural/limited ingredient. I recently stumbled across cooked, uncured ham which is perfect for making chowder. I can’t eat nitrates, and they really aren’t good for you, so I was super excited to find uncured, nitrate free ham! With the veggies pre-sliced, a frozen package of corn and the packaged ham, all I had left was to dice up my organic gold potatoes. Gold potatoes cook faster than Russet and you don’t have to peel the skin off, both of which are great time savers. 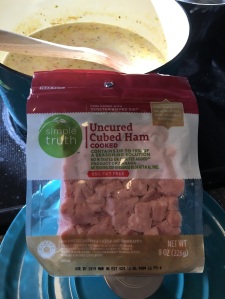 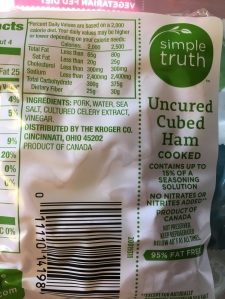 Here is the chowder I based by meal off of: https://www.cookingclassy.com/creamy-ham-potato-corn-chowder/

I didn’t feel the need to add the heavy cream or sour cream at the end as my roux made the chowder plenty thick. I did add a little cheese and green onions to the top. Mmmmmm.

Hope you all are staying warm! Now go make some soup. 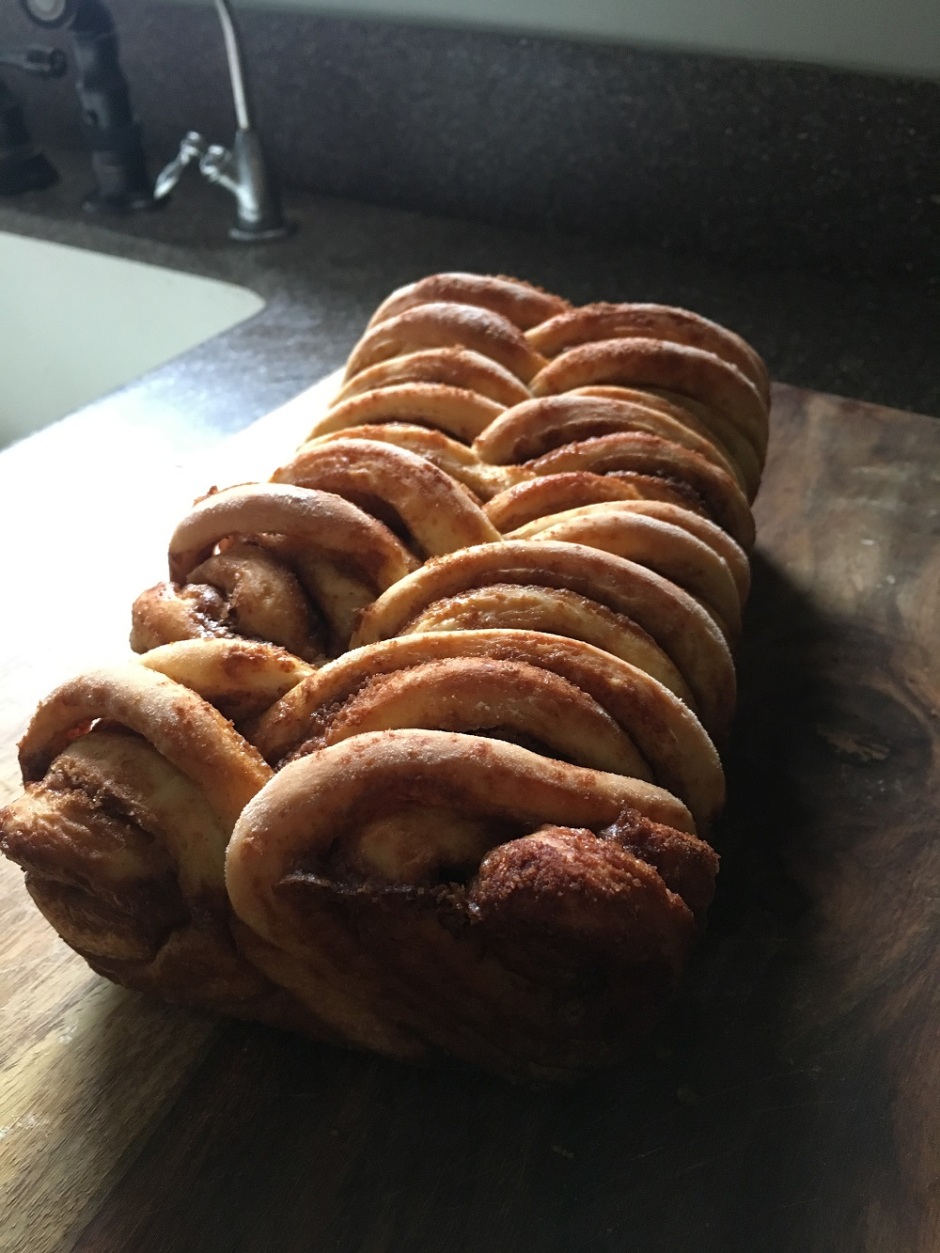 When things get hard, make something beautiful.

2019 started off with unexpected medical diagnoses for my family. When you are facing something that you can’t change or overcome it is hard to process. I decided to take my grief and turn it into creativity. Bread making is definitely not my strength, but an art I look forward to learning more about. The patience involved is often rewarded with a light, airy and intricately crafted treat that can only be achieved with time. Cinnamon wrapped in layers of soft bread was the goal.

I started with a basic dough and let it slowly rise in my garage, which has been much like a refrigerator these days. Once the dough had warmed up a bit on the kitchen counter, my munchkin helped me roll out the soft dough and then cover it with softened butter, cinnamon and sugar. After carefully rolling into a log, we sliced perfect little spirals and then gently placed them into two loaf pans. There were about 3″ of snow outside beckoning an ever adventurous child, so we briefly warmed the oven and let the dough in the loaf pans rise while we played outside.

Once our noses were thoroughly frozen and our bums were wet from snow angels, we baked the bread.  The smell of cinnamon wafting through the house was tantalizing. After the agonizing wait for the bread to cool we finished one loaf with cream cheese frosting. 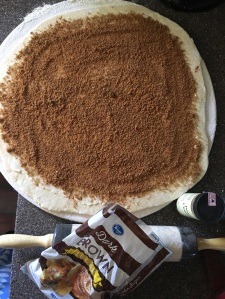 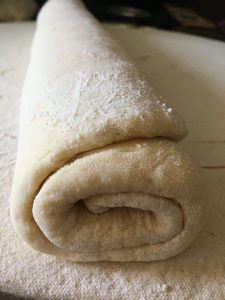 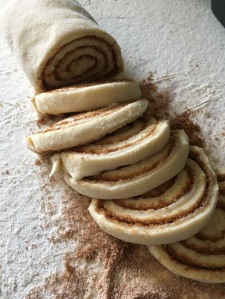 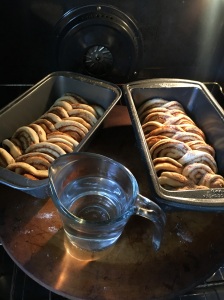 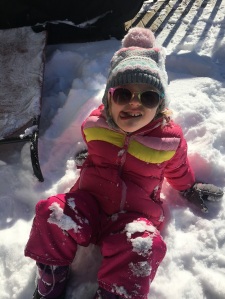 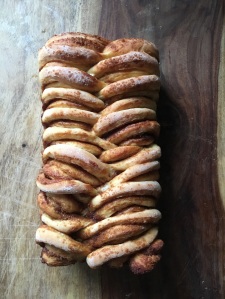 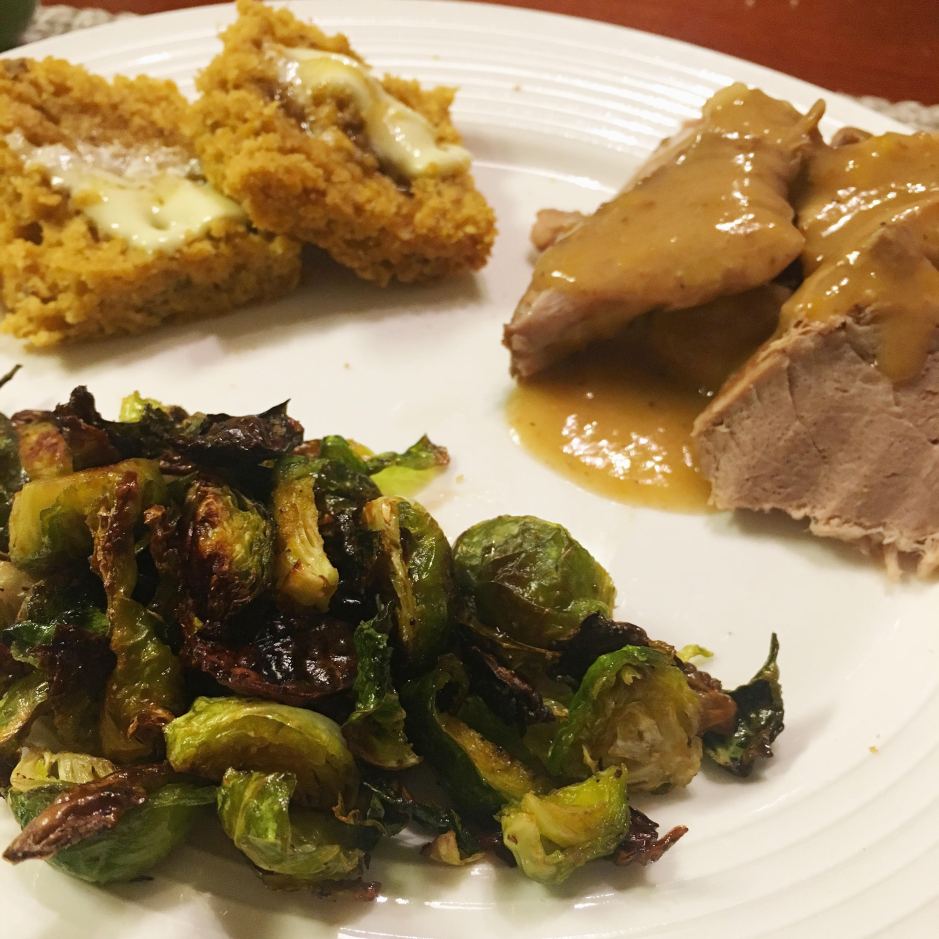 Inspired by the book Whole30 Slow Cooker by Melissa Hartwig, two other moms joined me in a day of prepping 4 meals. Each of these we bagged and froze.

The first meal was pork with butternut squash. Everything from the recipe went in a gallon size plastic bag and then into the freezer. I put the contents of the bag into my slow cooker frozen. I cooked it three hours on high and three hours on low, the time will need to be adjusted based on the size of your pork. A meat thermometer is a great tool for gauging the doneness of meat.

I used the liquid in my slow cooker to make gravy.

I also decided to make roasted brussel sprouts (I quarter mine for faster cooking) and tossed them in balsamic vinegar.